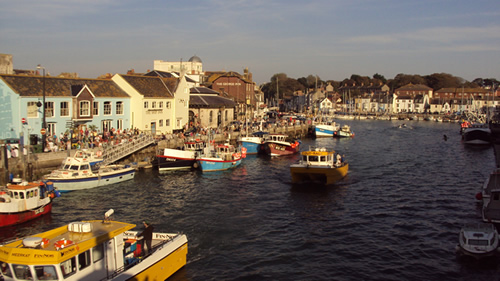 So now is the time to get those rigs tied for the first 2 or 3 events of the year.

The first one is from Weymouth on the 23rd February on board Meerkat and Supanova, both boats are now expected to be full. The aim is to go after Rays, Conger and Whiting with chance of Spur Dogs, Smoothies and Cod. Will need some heavy traces probably 80lb or even stronger if the water is dirty and the Conger are on the banks. Baits will be frozen mackerel and squid, unlikely we will take rag worm on this one. Either one up, one down or two down flowing traces with various hook sizes, but strong hooks a must. Not sure about tides and size of weights but I will have a selection of 6oz up to 1 and 1/2lbs. Uptiding may be worth a try depending on where we go and what position you are on the boat.

The second event is on 30th March (Good Friday) in two locations Lyme Regis (Pegasus and Alice Rose) and Littlehampton (Chinquita). At Lyme we could be trying for different species, if water isn’t too dirty the Plaice may be in, on the reefs we would expect some good Pollock to lures, pink seemed the go to colour last year 6inch sidewinders preferred. We will have some rag on this one and expect to pick up cuckoo wrasse and other smaller fish mixed in with the Pollock.  Almost certainly we will also anchor up for Rays, Whiting and Huss. Tides in Lyme are less than Weymouth so medium gear is normally Ok with leads up to 1lb max. Afraid I have never been out from Littlehampton so can’t really give advice for that event.

The third competition is on 13 April again from Weymouth (Meerkat and Supanova). If weather is Ok we will venture out a bit further with Spur Dogs being target but expect Congers, Huss, Rays, Whiting and a few Dogs/Pout. On the same day we have a boat booked from Sheerness (Dentex). Again, I have not fished from Sheerness – if anyone else can add some information on tactics and target species for both Littlehampton and Sheerness please comment below.